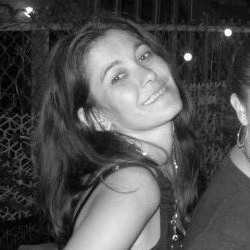 “NOT YET RAIN” (2009)
Director/Producer/Camera/Editor
• A short film on unsafe abortions in Ethiopia and the impact that the country’s recent change in legislation has on maternal mortality rates. For Ipas.

“BI-RACIAL HAIR” (2008)
Director/Producer/Camera/Editor
• A film produced with the WGBH Lab that explores racial tension through the words and reenactment of 13-year old Zora Howard's poem of the same name. Broadcast in February 2009 on Independent Lens and winner of the 2009 Boston/New England Emmy Award for Outstanding Advanced Media-Interactivity.

“A DAY IN THE LIFE” (2007)
Director/Producer/Camera/Editor
• Two short films that profile women suffering from obstetric fistula and traumatic fistula in the DR Congo. For UNFPA.

“SEEDS OF MALAWI” (2006)
Director/Producer/Camera/Editor
• A short film that explores food insecurity and the impact it has on Malawi’s AIDS orphans and infected adults. For Family Health International (FHI)

“STOP AIDS: WHAT WILL YOU DO?” (2006)
Director/Producer/Editor
• A short advocacy film and PSA highlighting AIDS and accountability. Filmmed at the 2006 International AIDS Conference in Toronto. For the World AIDS Campaign.

Duana C. Butler said…
i know!!!! been deep in season 3 of afropop. sched lightening up by next week. so lets make plans.