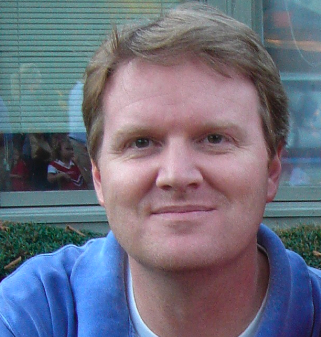 The Courage of Robert Smalls

Hi Guys,Just posted a short film I recently completed about Robert Smalls, a slave who stole a Confederate steamer out of Charleston Harbor in South Carolina and delivered it the Union blockade a few…Continue

Matt Burrows is a Writer/Producer/Director based in Columbia, South Carolina, one of the most miserable places on earth each year from June through late September; it's an absolutely wonderful place to live October through May. Matt has nearly twenty years of experience in the television industry since graduating from the University of South Carolina in 1991. In that time he has earned a national writing credit for his work on the History Channel series Top Secret Missions of the CIA and has also produced dozens of long form projects for regional corporations.

In 2007 Matt joined South Carolina Educational Television where he shoots and produces a variety of projects. In 2010 his historical documentary, Incident at Mars Bluff garnered a regional EMMY award. The film explores the accidental release of an atomic bomb by the United States Air Force in 1958 over a small town in rural South Carolina. He is currently researching and writing the script for his next film, The Assassination of N. G. Gonzales. Gonzales was an outspoken and popular newspaper editor murdered by South Carolina’s Lieutenant Governor in 1903.

Matt is married to historian Dr. Sara Burrows. Given his tendency towards historical documentaries, it’s been a good partnership. They have two children.