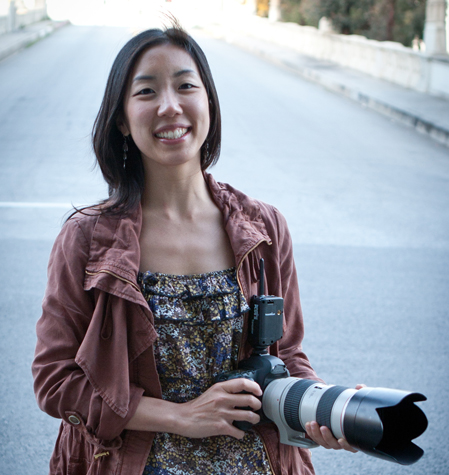 "Tales of the Waria" on PBS this Sunday!

Dear Fellow Workshoppers, It's hard to believe, but four years after I first started shooting Tales of the Waria, it's finally having its national PBS broadcast! Starting Sunday, June 3, we'll be…Continue

Tags: Tales, Voices, of, the, Waria

TALES OF THE WARIA at Harvard

Started this discussion. Last reply by Michael Ballard May 13, 2012. 7 Replies 1 Like

Hello, Producer Academy Family! Just wanted to let you know that we'll be having a free screening of my documentary "Tales of the Waria" at Harvard University on Thursday, April 5-- lest any of you…Continue

Hi, folks! Check out our own Debbie Lum being profiled in IndieWire for the premiere of her film "Seeking Asian Female" at SXSW later this month: …Continue

Dear Producers Academy Alum, I'm in the midst of wrapping up "Tales of the Waria," our ITVS-funded documentary on a transgender Muslim community in Indonesia. We're searching for an editor in Los…Continue

Kathy Huang first developed a passion for documentary filmmaking in the dusty fields of South Texas. Inspired by her experiences teaching at-risk youth along the U.S.-Mexico border, she produced her first documentary Scribble’s Creations (2004). Since then, her short documentaries have continued to focus on underrepresented communities. Jaywalking (2005), an ode to a San Francisco drag king community, won Best Documentary at the PlanetOut Awards and played at the Miami Gay and Lesbian Film Festival. Night Visions (2005), a young soldier’s meditation on the Iraq War, screened at the Tribeca Film Festival and SILVERDOCS and was the recipient of the War and Peace Award from the Media That Matters Film Festival. Miss Chinatown U.S.A. (2006), a portrait of a young woman competing in a Chinese-American beauty pageant, also screened at the Tribeca Film Festival and was broadcast on regional PBS stations.

Kathy holds a M.A. in Documentary Film Production from Stanford University and works as a freelance producer and shooter in Los Angeles. She is currently directing and shooting Tales of the Waria, an ITVS-funded project about a transgender community in Indonesia.