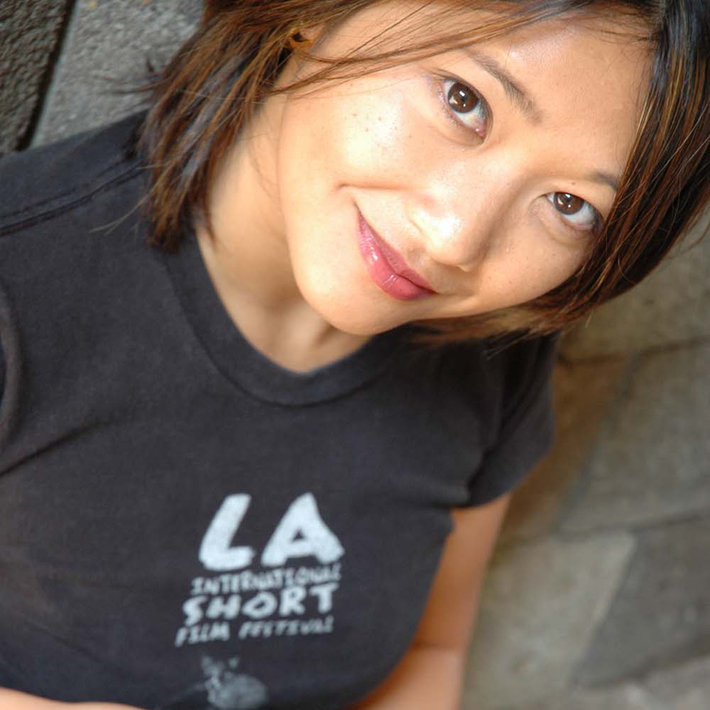 Kimberlee Bassford is an independent documentary filmmaker based in Honolulu, Hawai‘i, with a background in journalism. Her most recent film WINNING GIRL (2014), about a Hawaiian teenage judo and wrestling champion, premiered at the Hawai‘i International Film Festival in November 2014 and had its national broadcast premiere on the World Channel's signature series "America ReFramed" in May 2015. It is distributed by Women Make Movies in North America and by Java Films outside North America.

Prior to that, she produced, directed, wrote and co-edited PATSY MINK: AHEAD OF THE MAJORITY (2008), a one-hour documentary about the life of the late U.S. Representative Patsy Mink, the first woman of color in Congress and co-author of Title IX, the landmark legislation that mandated gender equity in education.

She produced the short documentary LOTUS ROOT: A GREAT GRANDDAUGHTER'S JOURNEY (2010) about her great grandfather Chun Quon Yee Hop, the founding member of her family in Hawai‘i and a successful businessman and philanthropist. She was also a producer on UNNATURAL CAUSES: IS INEQUALITY MAKING US SICK? (2008), a four-hour national PBS documentary series and public engagement campaign that investigates America’s socioeconomic and racial disparities in health, as well as on the three-hour PBS documentary series THE MEANING OF FOOD (2005), about the social significance of food.

She had her directorial debut with CHEERLEADER (2003), a short documentary that follows a squad of young, bright-eyed California cheerleaders on its quest for the national cheerleading championships. The film won the Student Academy Award in Documentary and CINE Golden Eagle and aired nationally on HBO Family. It also screened in film festivals in the U.S., Canada, Europe and New Zealand, including the Cannes Film Festival as part of the Kodak Emerging Filmmaker Showcase. The film has educational distribution through Documentary Educational Resources.

Kimberlee graduated from Punahou School and holds a BA in psychology from Harvard University and a Masters in Journalism from the University of California Berkeley. She owns Making Waves Films LLC, a documentary production company in Honolulu.

Is this the same video as on your FB site?  I just got your message there, thought others on Workshop Online would like to know more, too, so keep us updated here!  Maybe a Forum note on the Year End Accomplishments page?

Karin Williams said…
Here's my favorite Kimberly story. We were doing an aerial shoot on Maui for the PBS series The Meaning of Food. As the helicopter took off we smelled a strong burning odor and it wasn't the smoldering cane fields - the digibeta camera's power supply had incinerated! We landed to grab a DV camcorder, went back up and shot sunset over the plantations. By the time we got back 30 minutes later Kim had already located one of the only spare rental cameras on Maui and arranged for a replacement. Kimberly - you're the best!

Judith Vecchione said…
Hi Kim,
I love your pages -- great videos, really meaningful bio, kudos! And I was thinking of you this weekend, when my niece was playing with my "Go Fish Hawaii" cards. Didn't you give them to me in Feb? I'm going to order her a pack for her Xmas stocking. cheers. Judith