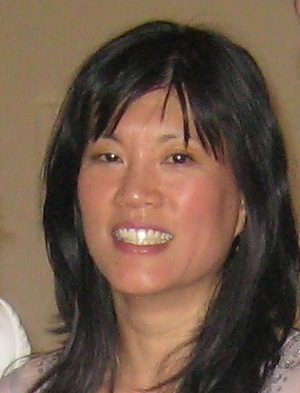 Your url(s) including your website, facebook, linkedin or other profiles:
www.asklabs.com
ASKlabs is committed to producing dynamic science documentaries and interactive media with the goal of inspiring creativity, innovation, and discovery. Our award-winning work can be found in the collections of fine science and art museums across the nation and has been televised on PBS and commercial networks.

Alberta Chu is an award-winning documentarian specializing in science, technology, and art. During her time working in Los Angeles, she was involved in the development and production of programming for an assortment of clients including: Paramount, The Walt Disney Company, Twentieth Century Fox, National Geographic, Sci-Fi Channel, The Discovery Networks/The Learning Channel (TLC), TechTV, MTV Networks, and Lucasfilm. Ms. Chu currently lives and works in Boston, where she owns and operates ASKlabs, and independent documentary film production company.

Ms. Chu’s documentary highlights include:
- “Bioperfection: Building a New Human Race” (1997/Sci-Fi Channel) in which she explores the concept of cyborg evolution with Stephen Hawking, Michio Kaku, and Wiliam Gibson
Watch clips from the show:

- “From Star Wars to Star Wars: The History of Industrial Light and Magic” (1999/FOX) a comprehensive look at the history of movie special effects featuring George Lucas, Steven Spielberg, Harrison Ford, and Robin Williams, and hosted by Samuel L. Jackson.
- “Electrum” (2000/Independent) a film independently produced by Alberta Chu explores the intersection of art and technology, as it chronicles a group of renegade engineers who build the world's tallest lightning machine, a tesla coil 4-stories tall. The film won several film festival awards and was broadcast on PBS.
Watch the trailer for the Electrum Documentary:
electrumlowres.mov
Watch a clip from the film:

- “Seeing the Landscape: Richard Serra’s Tuhirangi Contour” (2003/Keystone Trust) Commissioned by a private New Zealand art collector, this film takes a look at the creation and engineering of an enormous and complex sculpture by one of the great American minimalist artists.
Watch a clip from the film:

- "New Form at the Farm" (2010/Keystone Trust) Chu is currently at work completing a film about the creation of a site-specific work "Dismemberment: site 1" by artist Anish Kapoor commissioned by Gibbs Farm sculpture park in New Zealand.

Other projects currently in development at ASKlabs include projects on global climate change and coral reef genomics.

Formerly a biologist, Alberta got her start in film and television by consulting on science-fiction feature film and television projects. Prior to working in the media industries, Alberta worked as a genetic engineer at biotechnology company, Amgen. During which time she was involved with science education and outreach programs for students at the local and national level.

Alberta graduated with a B.A. in Biology and a minor in Art History from the University of California at San Diego. She studied Marine Biology at the University of New South Wales in Sydney, Australia. She is currently a member of the World Congress of Science Producers, the Academy of Television Arts and Sciences and the CPB/PBS Producers Academy. She serves on the Board of Directors of Slowlab, a non-profit organization dedicated to promoting sustainable, green design and architecture.