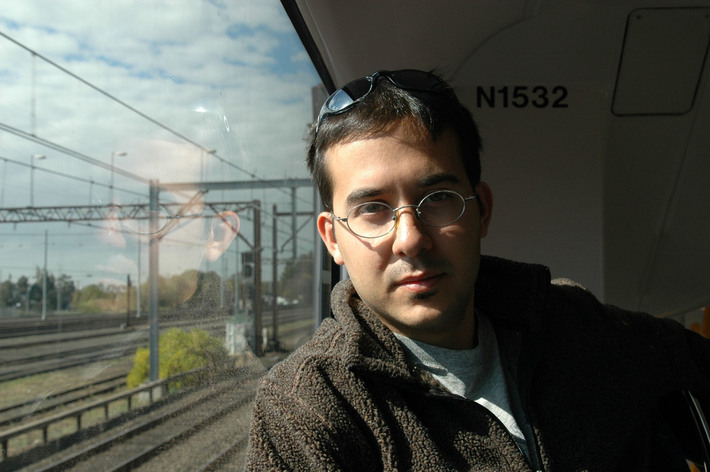 Hi Workshoppers,Apologies for the formal post here so close to the holidays, but seeking some contacts for a hire I need to make for first thing in 2013.I'm looking for an experienced line producer,…Continue

Independent feature length documentary seeks NYC based professional freelance researcher.Ideal candidate should be a self-starter with a minimum 3 year track record as a researcher in non-fiction TV…Continue

Hi Workshoppers, My colleague Tim Sternberg and I just started photography on location in China a few days ago for a film on the artist Mu Xin. We expect it to be sort of a companion film to a…Continue

He studied at the Cooper Union School of Art, and has worked in the post-production of films by Kevin Smith, Michael Moore, and George Butler, among others.

Francisco launched Ropa Vieja Films LLC in 2007 SALIM BABA, which has screened in over 100 festivals worldwide including Sundance, Telluride, IDFA, Woodstock and Tribeca. In 2008 SALIM BABA was Nominated for an ACADEMY AWARD® for Best Short Documentary, followed by a News & Documentary EMMY Nomination in 2009.

Francisco produced and edited WAR DON DON which won the Special Jury Prize at the 2010 SXSW Film Festival, and for which he was awarded the first Karen Schmeer Award for Excellence in Documentary Editing. "War Don Don" was Nominated for two 2011 Emmys in the categories: Outstanding Coverage of a News Story (Long Form) and Outstanding Editing.

In 2012, Francisco completed his work as writer, producer, editor of CODE OF THE WEST (directed by Rebecca Richman Cohen), which premiered at the 2012 SXSW Film Festival.

Francisco is currently at work with the reunited creative team behind SALIM BABA, co-directing a new film entitled DREAMING AGAINST THE WORLD (formerly, "Mu Xin: Notes from the Underground"). He spent most of 2012 editing BEST KEPT SECRET (2013 IFF Boston Audience Award Winner + PBS/POV broadcast) and OUR NIXON (2013 Rotterdam, SXSW, New Directors New Films + CNN broadcast) for which he won his second Karen Schmeer Award for Excellence in Documentary Editing. All of these films are due for release in 2013.

Francisco has been awarded the 2011 NALIP Estela Award, fellowships from the PBS/WGBH Producer's Academy, the Latino Producer's Academy, Tribeca All Access, and grants from the Tribeca Film Institute, Vital Projects Fund, Urban Artists Initiative, and Queens Council on the Arts. He has reviewed proposals for the Tribeca Film Institute and has mentored filmmakers for NALIP, CineReach, and Tribeca Film Institutue fellowships. Francisco has taught Final Cut Pro editing and post-production at the Cooper Union and continues to balance his time between freelancing as a filmmaker and developing upcoming projects from Ropa Vieja Films.

Judith Vecchione said…
I think I have to friend everyone! Well that's sort of defeats the function, doesn't it? But I feel you are all my friends!